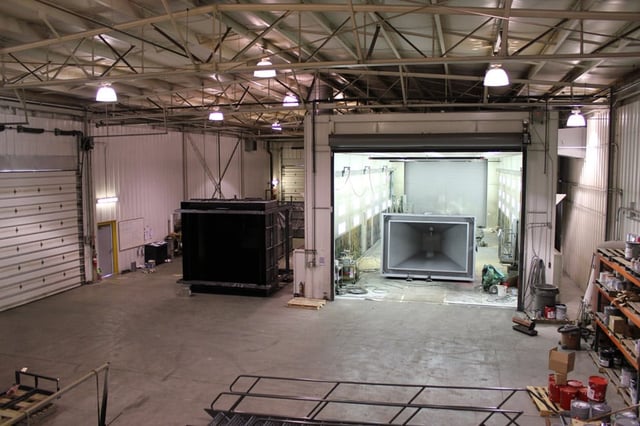 Abrasive blasting which is also commonly referred to as sand blasting is a process in which a medium is used to smoothen out or polish a rough surface.  In a world full of machinery and metal parts, rust and corrosion are a common pestilence. Thankfully, abrasive blasting is a quick and efficient solution to getting these metal parts functioning and looking their optimum best. This process can also be used to prepare surfaces that need repainting.

As its name suggests, abrasive blasting is a process whereby an abrasive material (referred to as medium) is used to blast through a surface in a bid to make it smooth or remove impurities. A lot of pressure is used to push out the grit and cause the blast to occur. The pressure used usually determines how fast the process will be and the quality of results.

The term sandblasting was commonly used in the past because sand was the only grit/medium utilized; however, as trends in the metal fabrication industry continued to improve other types of grits began being utilized. Often the type of medium used in abrasive blasting will determine its type.

The different types of sandblasting methods are listed below:

Silicon Dioxide refers to ordinary sand, which is also known as silica or quartz. Silica Sandblasting was a commonly used method of removing impurities from surfaces; this is because sand particles are almost the same size and the edges of the particles are sharp, hence making this type of grit efficient in abrasive blasting. However, this kind of abrasive blasting is no longer a popular choice as there are other blast mediums that work better than sand, and also, silica can cause some types of respiratory diseases.

Soda sandblasting refers to the use of baking soda or bicarbonate of soda in the blasting process. Soda is used as an abrasive to remove rust from metals without causing depression or damaging the metal beneath the rough surface. Soda is also a great grit to use on delicate materials that may be destroyed by tougher abrasives.

In this process, steel grit is used as an abrasive in the removal of paint and rust from steel metals. The use of steel leaves a smooth finish. Steel grit is often preferred due to its fast cutting nature.

For a matte and satin finish glass bead sandblasting is best; this is because this grit has very fine materials that polish the surface of the object being sandblasted. This type of abrasive blasting is often used on cabinets.

In this type of abrasive blasting, no separate medium is used. Instead, steel wire bristles are rotated on a surface. This rotating action aids in the removal of impurities, hence leaving the surface smooth. This method is often used to clean metal surfaces with some form of corrosion.

There are various types of abrasive blasting including, silicon dioxide, soda, steel, bristle, glass bead and much more. All these different abrasive blasting methods usually use a specific type of grit to achieve the desired results, hence the need to determine the correct technique to use. For instance, if you want to remove old paint from your car so that you can repaint it, consider using the beads abrasive blasting method. This is because beads will delicately remove the surface paint without damaging the vehicles metallic body.

If you are unsure as to which of these methods would be right for your project or you have already made your choice contact Swanton Welding to help you select a suitable sandblasting method and get the process started.